With roots in the automotive sector shifting to new mobility and tech solutions there are abundant opportunities for Australian innovators to explore in Michigan - the more than 200 automotive related research and development centres in SE Michigan sets them apart. Businesses are choosing Michigan for its diverse and abundant workforce, business-friendly environment, low cost of living and global supply chain assets. It has a culture of innovation and a lifestyle that's unlike any other in the United States.

This session will provide insight to some hot topics in Michigan mobility and explore Australian experiences of doing business in Michigan. A culture of innovation across Australia and Michigan businesses provides a strong foundation for collaboration. Tune in for insights on how to unlock mobility opportunities in Michigan. 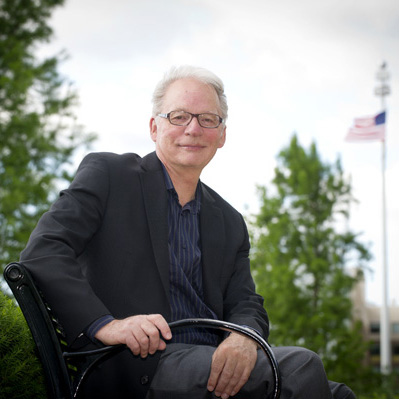 Enterprise Professor in Transport Technologies / The University of Melbourne

Dr Sweatman has over 30 years of experience in transportation research and innovation, and the application of R&D. That experience encompasses vehicles, drivers, and infrastructure and impinges on technology, policy, and strategic planning. He is a trusted international voice on connected and automated vehicles, safety, ITS, transportation research and education, and freight technology and policy. He has worked extensively in Europe and Asia-Pacific as well as the United States.

Mr Bushby is Australia’s Consul-General in Chicago, following his appointment in February 2019. Mr Bushby took up the position after a distinguished career in both the public and private sectors in Australia.

Mr Bushby served 12 years in the Australian Parliament representing Tasmania in the Senate, including as party Whip for 10 years and as Chief Government Whip in the Senate for over four years.

During his time in the Senate, Mr Bushby focussed particularly on economic and security matters as a member of the Senate Economics Legislation and References Committees and the Parliamentary Joint Committee on Intelligence and Security.

His committee service saw him Chair the Senate Environment and Communications Committee, the Parliamentary Committee on the Australian Commission for Law Enforcement Integrity and both the Senate Economics Legislation and References Committees.

Prior to entering the Senate, Mr Bushby worked extensively as a commercial and international trade lawyer, as a director of a number of private companies and as an adviser to senior Federal and State politicians.

Mr Bushby holds Bachelor degrees in Economics and Law from the University of Tasmania and post-graduate qualifications in Business from the Australian Maritime College. 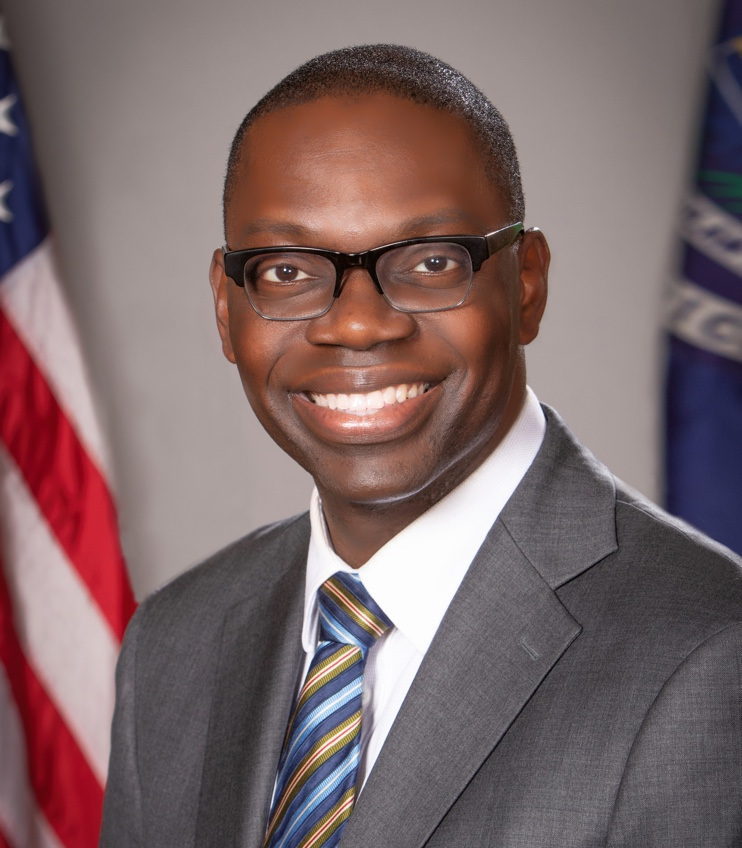 Lieutenant Governor Garlin Gilchrist has dedicated his career to solving problems. An engineer by training, he uses thoughtful innovation, progressive reform, and efficient modernization of policies and programs to make the work better for hardworking families. From spearheading campaigns for equality and justice to harnessing technology to solve real problems, his focus has consistently remained on serving the public and getting things done.

He brings a lifetime of experience to the task, receiving his first computer at age five and setting up a computer lab in a Detroit community recreation center using computers that he built himself at age 16. Lt. Governor Gilchrist studied computer engineering and computer science at the University of Michigan, graduating with honors, and later had a successful career as a software engineer at Microsoft, helping to build SharePoint into the fastest growing product in the company’s history.

Lt. Governor Gilchrist spent the next several years of his career as a social entrepreneur and community organizer who helped people in communities across America realize their full economic and political potential. Upon returning home to Detroit, Lt. Governor Gilchrist worked in local government to make sure build systems that made the government more responsive, transparent, and accountable to city residents. This experience prepared him for a key priority: to bring Michigan’s state government fully into the 21st century on every level.

As part of the Whitmer Administration, Lt. Governor Gilchrist has sought to address injustice and inequity across our state at every level. From co-chairing the Michigan Joint Task Force on Jail and Pretrial Incarceration to helming the Coronavirus Task Force on Racial Disparities, these task forces have taken actions that saved lives and protect our most vulnerable populations. Lt. Governor Gilchrist’s approach to addressing these disparities is deeply rooted in fact-based practices, science, and connecting with individuals across Michigan. 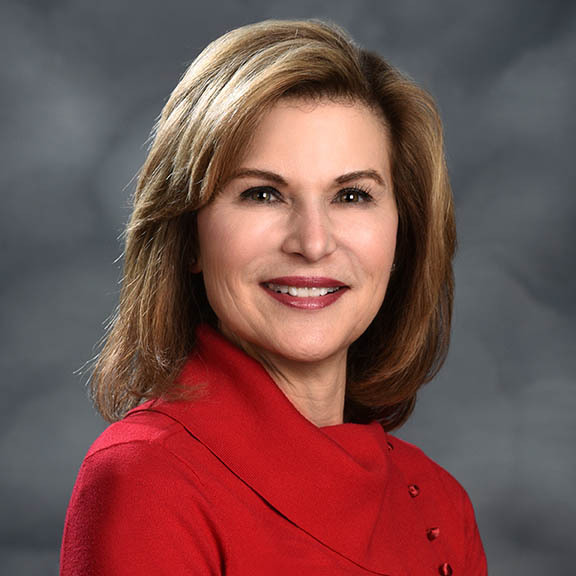 Carla is the President and CEO of the Center for Automotive Research (CAR), and is a leader in engineering and vehicle program management with 35 years of experience in the automotive industry. Under Carla’s leadership, CAR continues to be a preeminent resource of objective and unbiased research, analysis, and information regarding the North American automotive industry.

In addition to her role at CAR, Carla is the 2016-2018 vice president of automotive for SAE International, a global association of more than 138,000 engineers and related technical experts in the aerospace, automotive and commercial-vehicle industries. 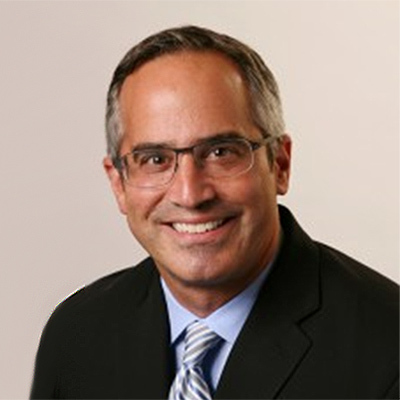 Chris joined Austrade New York in 2003 and has since worked on a variety of strategic projects in the United States, Australia and Brazil. These include leading the Latin American technology team from Sao Paulo and the Australia-U.S. Free Trade Agreement (AUSFTA) export advisor team in Sydney.

Chris has a decade of marketing, strategy and international business development experience in the telecommunications industry, including with Motorola, Ameritech and Deutsche Telecom. He has also been on the management team of two New York City-based, venture-backed technology start-ups. Chris has lived and worked in Hungary, France, Indonesia, Australia and Brazil.

Chris holds a Master of Business Administration (Management of Technology) from the University of California at Berkeley. 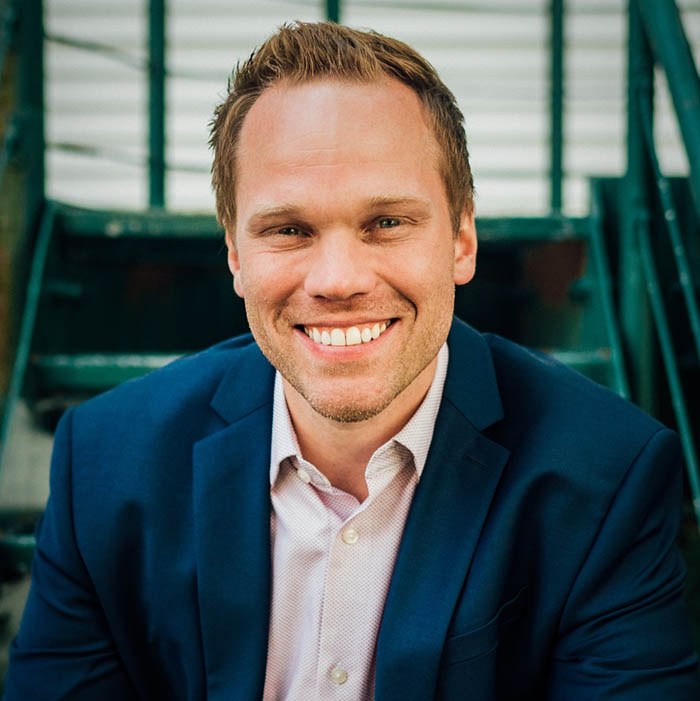 Trevor Pawl is the Chief Mobility Officer for the State of Michigan, and leads the Michigan’s Office of Future Mobility and Electrification. In this position, Pawl is responsible for working across state government, academia and private industry to grow Michigan’s mobility ecosystem through strategic policy recommendations and new support services for companies focused on the future of transportation.

Before joining the MEDC, Pawl brought with him experience in supply chain matchmaking, having led the creation of the economic development program, Connection Point, at the Detroit Regional Chamber, which later became Pure Michigan Business Connect.

Trevor has been named Crain’s Detroit Business’s “40 Under 40” and “50 Names to Know in Government”. He’s also been named Development Counsellors International’s “40 Under 40 Rising Stars of Economic Development” and the Great Lakes Women’s Business Council’s “Government Advocate of the Year”. 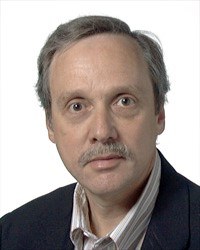 Michael Shulman is a Technical Expert for Connected Vehicles in the Automated Vehicles Department in the Ford Motor Company Research and Advanced Engineering organization in the United States. He has been with Ford since 1976, after graduating from Brandeis University with a Ph. D. in Physics.

For his work, Dr. Shulman has received the Henry Ford Technological Achievement Award, the highest technical award in the Ford Motor Company and the SAE Delco ITS Award for his CAMP leadership. 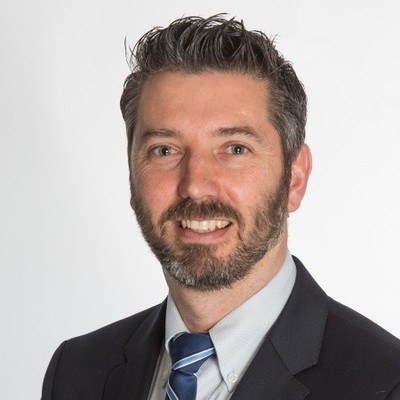 Clinton Williams is an executive group manager at Toyota’s North American R&D Headquarters in Ann Arbor, Michigan. In 2016, Clinton moved from Australia to Michigan to work in the Electronic Systems Division. In this role he manages the parts and systems design of upper-body electronics, lighting and functional parts for mass production in Toyota’s sedans, trucks and SUVs.

Clinton is an influential stakeholder and has a proven record of translating strategic vision into robust operational roadmaps that deliver growth in fiercely competitive markets. During the 2000s, Clinton’s team was the first Toyota group outside of Japan to develop early Advanced Driver Assist Systems. This included the development and suitability evaluation of Toyota’s first-generation Lane Keep Assist, Pre-Collision System, Intelligent Park Assist, and Rear Cross Traffic Alert for launch within Australia and the Middle East – a first step towards modern mobility.

Similarly, Clinton ensured Toyota was one of the first original equipment manufacturers to launch Digital Audio Broadcast in Australia and was pivotal in development of Toyota’s first generations of telematics and connected multimedia systems.

Prior to Toyota, Clinton spent five years working in the Radio Frequency Identification industry in rail, mining, and manufacturing.

Clinton received a Bachelor of Engineering and Communications from RMIT University in Victoria, Australia in 1997. He grew up and worked in Melbourne, Australia and now resides in Michigan. 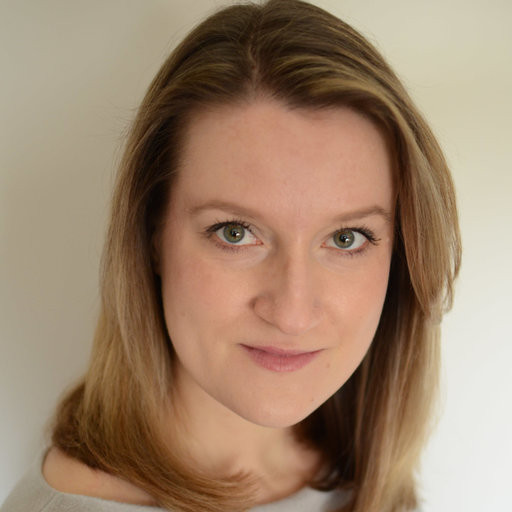 Dr. Hanna Grzybowska recently joined the Intelligent Mobility Team as a Senior Research Scientist. Before coming to Data61 she worked in the School of Civil and Environmental Engineering's Research Centre for Integrated Transport Innovation (rCITI) at the University of New South Wales (UNSW). Prior to that she was a member of the Intelligent Fleet Logistics (IFL) business team at NICTA. Hanna completed her Ph.D. in Operational Research at the Department of Statistics and Operational Research of the Technical University of Catalonia (UPC) in Barcelona, Spain. 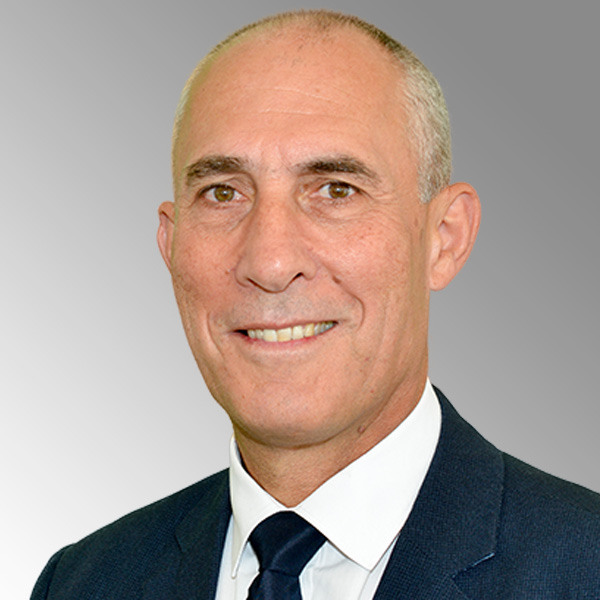 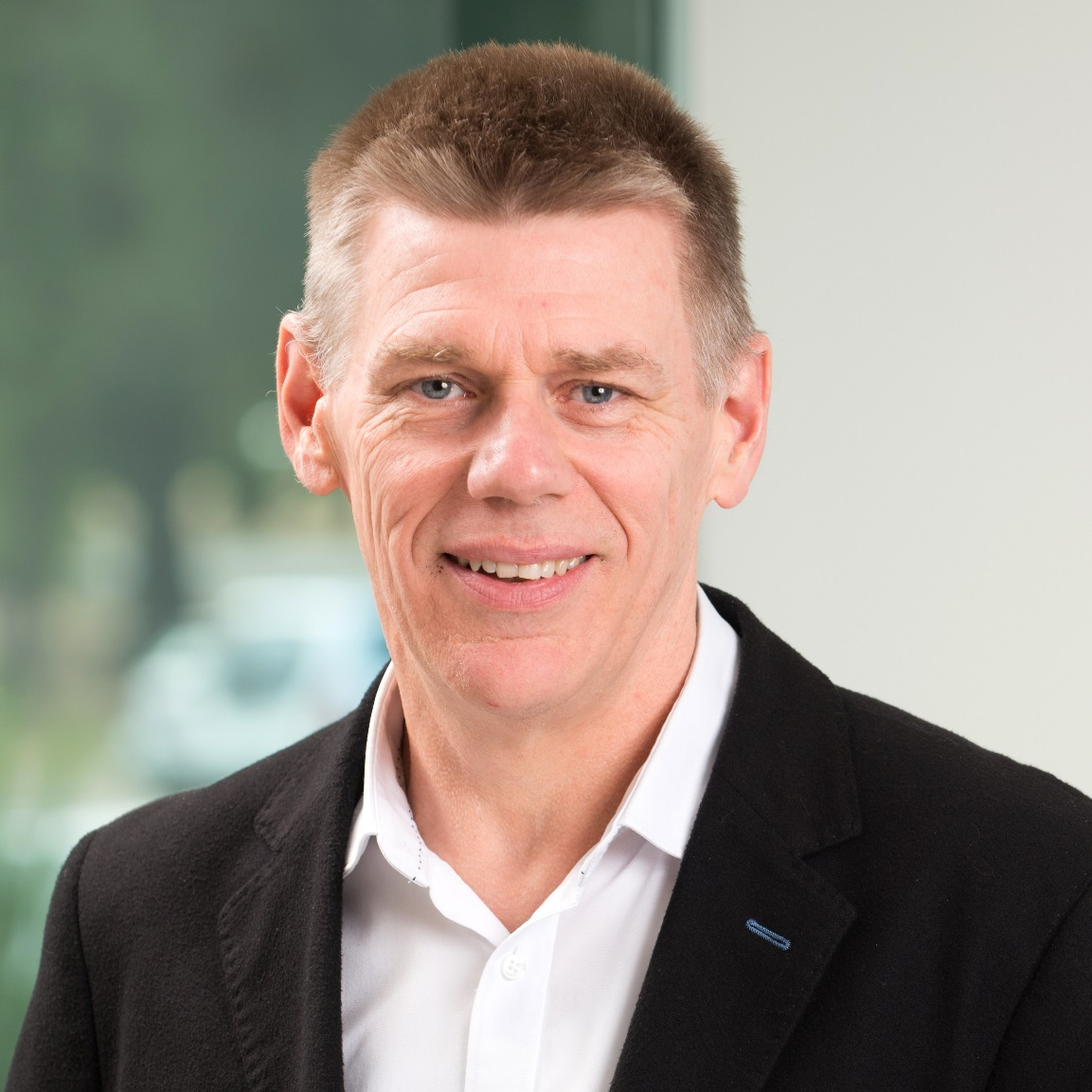 Paul started at Cohda as Chief Engineer, laying the foundations for Cohda’s groundbreaking automotive and smart cities projects. He came to Cohda after six years in San Diego, working as CTO and Business Manager with wireless tech startups.

As CEO, Paul has led Cohda Wireless through two rounds of capital raising, attracting NXP Semiconductors and Cisco Systems as strategic investors. Under his leadership, Cohda has grown from 10 people to more than 60 and opened offices in Detroit, Munich and Shanghai.

Paul’s tenure at the helm has positioned Cohda as the globally recognised brand for connected autonomous vehicles and smart city infrastructure. 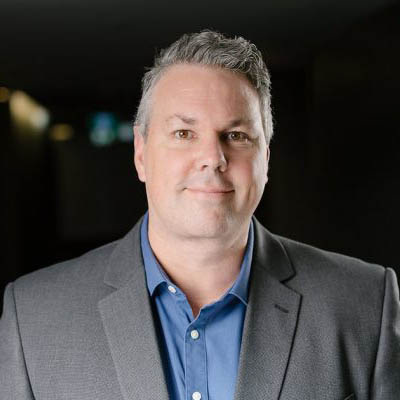 Mike is the General Manager of the Fleet business and leads Human Factors at Seeing Machines to deliver key advances in the company’s driver state technology.

A global authority on human factors and safety, Mike has 22 years’ experience developing and delivering solutions to improve safety across all modes of transport.

In 2019, Mike’s role expanded to SVP, Fleet and Human Factors where he is now responsible for leading both divisions and maintaining crucial relationships with customers, partners and regulatory bodies around the world. He represents Seeing Machines’ scientific and commercial interests externally and maintains strong scientific credibility and profile within the international human factors and safety communities.

The MAX: Michigan-Australia Exchange on Future Mobility is a partnership between the State of Michigan and the Australian Government that came into being with the signing of a Memorandum of Understanding (MOU) in October 2018 in Melbourne. 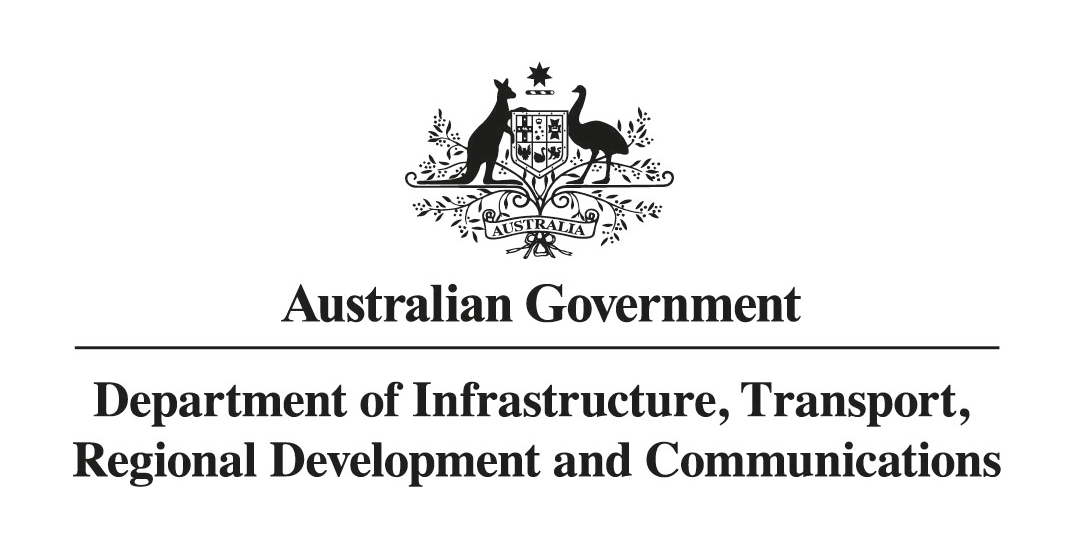 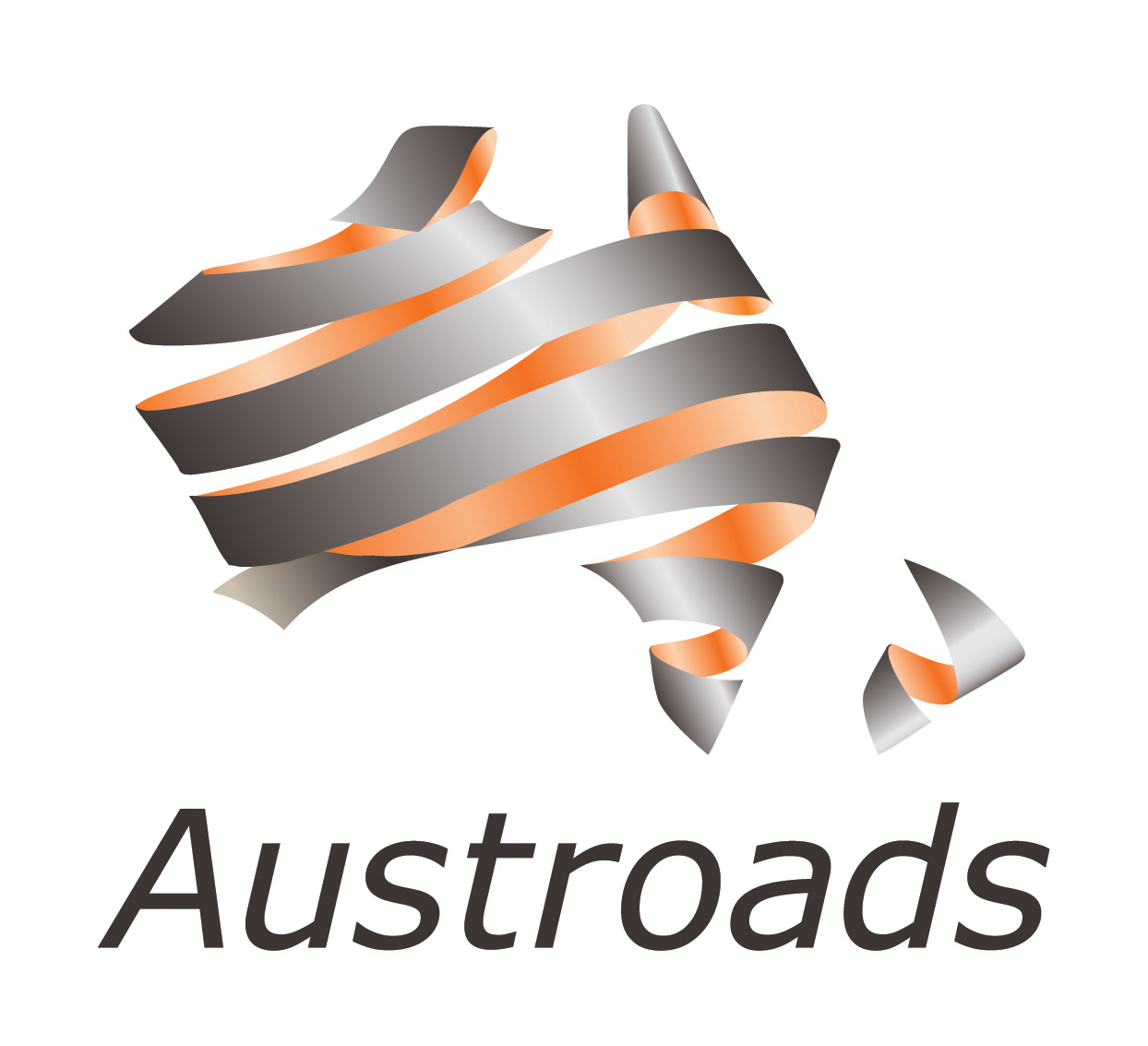 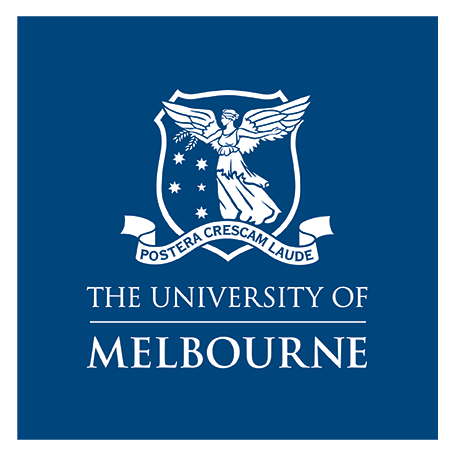